I was seriously hoping that this blog would be all about my wonderful six month adventure in Mexico teaching English at the bachillerato in Cuernavaca. Alas, it will not. But my adventure did last 3 months and I loved every minute of it! Just as I was to leave to assist in running a student team to Nicaragua, like, 24 hours before departure, the WHO declared COVID-19 a pandemic and I discovered that El Salvador, where we were supposed to cathch the last leg of our flight, had closed its airport to international arrivals.

Do you know how difficult it is to feel the sadness of 26 students who have just had their dreams dashed in an instant? Devestating! Unexplicable! But that was March - and April, and May, but now we are coming into June. The Northern hemisphere has reached the other side of the COVID mountain and now the South is raising and/or maintaining the "flat curve".

I must admit, though, I have not really suffered in this lock down. In fact, I've relished my time alone and have tried to fill my time with projects toward which I  have not been able to give my attention. I watched a lot of documentaries and my share of Netflix and lived a pretty good quarantine existance. I've been keeping up with the NPH gang from mainly Mexico and Nicaragua and I am now worried that although all our children are safe now, the virus is threatening to rage outside.

Add to this mix the recent events of the US where the death of George Lloyd has sparked another round of racial tensions, perhaps the highest in history.

I have discovered meditation and prayer. I follow the scientific teachings of an American doctor named Joe Dispenza who teaches his students to change their lives by finding the divine in themselves. His latest meditation stategy involves meditating as a committee with a meditation he has created called GOLOV-20  (obvious play on words in the title) . With this meditation, I keep calm, positive, motivated and hopeful that things that will obviously change, will do so for the better; in all societies. There has been enough fear - it's time for love.

So although it may be awhile before I get to physically see NPH homes again, life continues. The graduation ceremony for the NPH Mexico home will be held in August instead of July, FOTOCAN board members will continue to meet to discuss a new direction, we may see another wave or two of COVID, and I will continue with GOLOV, including an intention for our donors who have continued to support us in any way during this time.....God bless!

10th Anniversary of Earthquake in Haiti

7.0 Mw earthquake - 25 kilometers (16 mi) west of Port-au-Prince - occurred at 16:53 local time
3,500,000 people were affected by the quake
Between 200,000 to 316,000 people estimated to have died
300,000+ people were injured
Over 188,383 houses were badly damaged and 105,000 were destroyed by the earthquake (293,383 in total), 1.5m people became homeless
After the quake there were 19 million cubic meters of rubble and debris in Port au Prince – enough to fill a line of shipping containers stretching end to end from London to Beirut.
4,000 schools were damaged or destroyed
25% of civil servants in Port au Prince died
60% of Government and administrative buildings, 80% of schools in Port-au-Prince and 60% of schools in the South and West Departments were destroyed or damaged
Over 600,000 people left their home area in Port-au-Prince and mostly stayed with host families
At its peak, one and a half million people were living in camps including over 100,000 at critical risk from storms and flooding

Sources - https://www.dec.org.uk/articles/haiti-earthquake-facts-and-figures - Death toll range not highlighted in link. This has been found through researching.

Information about Education in Haiti:
50 percent of children do not attend school. (World Bank 2013)
Approximately 30% of children attending primary school will not make it to third grade; 60% will abandon school before sixth grade. (UNICEF 2008)
Only 29 percent of Haitians 25 and above attended secondary school. (USAID 2015)
Almost 80 percent of teachers have not received any pre-service training. (USAID 2015)
Half of public sector teachers in Haiti lack basic qualifications. (USAID 2015)
90% of primary schools are non-public and managed by communities, religious organizations or NGOs. (USAID 2007)
Haiti’s literacy rate is 61% – 64% for males and 57% for females. (CIA Factbook Nov 2015) The average literacy rate for Latin American and Caribbean developing countries is 92%. (World Bank 2015)
Compiled by: https://haitipartners.org/haiti-statistics/

As the long-regarded traditional holiday approaches and the forecast for my area is SNOW for the "evening of eeries", I am frantically trying to organize the three projects for our return to Nicaragua next year. I'm a little out of practice because following the political unrest of 2018, I had no student teams travelling to Nicaragua.

The "trick" is for me to have everything ready for our farm team in February (we are still recruiting members despite the November 15 deadline) and our student team in March, AND assisting my co-director Steve with his college and university team in May!  My husband along with farm team leader, Andy are off to Nicaragua on November 1 to scope out the job and activities for the winter teams.  Hopefully we will have all the info we need to get things underway!

The "treat" is that I get to see my Nica family again after a two year absence. I'm sure lots has changed and lots needs to be caught up, but to be able to accompany some of the students who were so disappointed when we had to pull out of Nica 19, is a welcome and anticipated pleasure.

Alas, I am not participating in any Halloween fun - the community I live in does not celebrate Halloween and my children are too old to go out. But I am looking forward to "knocking on the door" of the NPH Nicaragua home and seeing all the children and how they have grown since last I saw them. I can't wait to put my arms around my godchildren, Yuri and Jimmy. One hundred days to go! 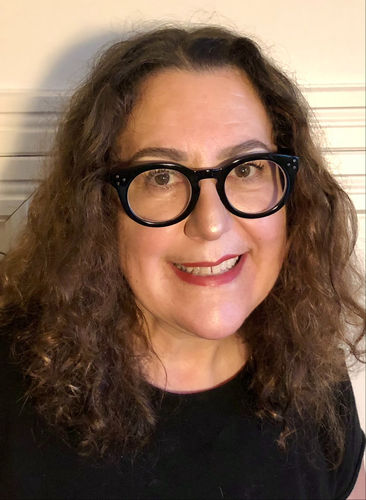